Introducing the Officers and Board of Directors 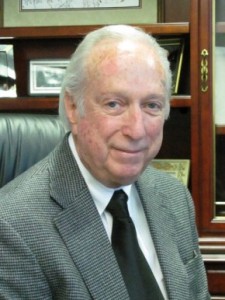 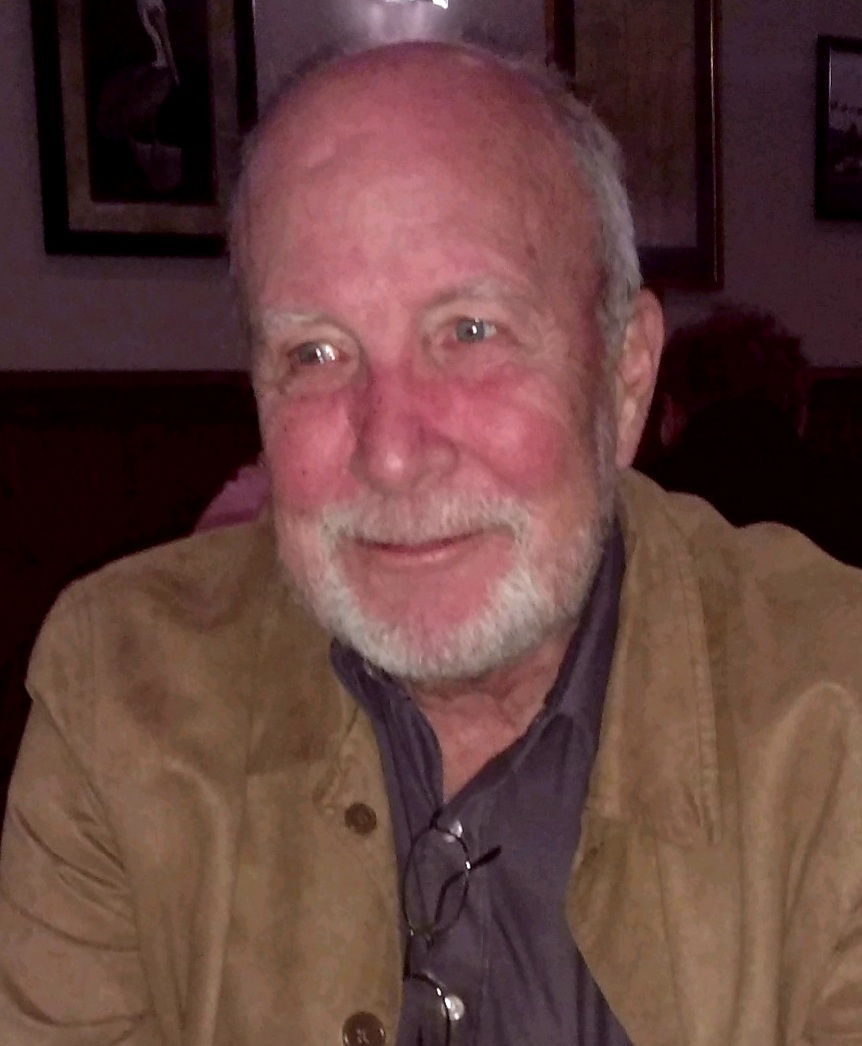 R. Christopher Goodwin & Associates, Inc. (RCG&A) mourns the passing of our friend, colleague, Officer and Director Dr. Dave Davis. A colleague and confidant of Dr. Goodwin’s since 1973, Dr. Davis provided sage counsel and encouragement from the founding of this firm 40 years ago to the present. A distinguished scholar, professor and university administrator, Dr. Davis served on the Board of Directors of RCG&A from 1999 until his passing. From 2014 until his retirement in 2017, he served as a Senior Vice President. Over the decades, he contributed mightily to this firm’s projects in the Gulf Coast and Caribbean regions, and more recently to our Hurricane Sandy Recovery and Resiliency Planning efforts in Connecticut during which he served as an author of three monographs entitled: To the Mill and Back, Fairfield’s Ash Creek to Corduroy Road; Fort Wooster Park – Bridging Connecticut’s Native American and Revolutionary Past; and Pine Island – A Coastal Islet’s Storied Past. These three booklets, published in 2018 by the Connecticut State Historic Preservation Office, help to publicize the Connecticut State Archaeological Preserve program, which protects significant archaeological sites in Connecticut. Under RCG&A’s contract to the United State Navy, he served as Co-Editor with Dr. Goodwin of the monograph series entitled Patterns and Transformations in the Prehistory and History of Vieques.
Dave received his Bachelor of Arts degree Cum Laude from the University of New Orleans in 1972, and his Masters and Doctorate from Yale University in 1974 and 1975, respectively. He began his teaching career at Brandeis University in 1975, joining the faculty of Tulane University in 1977. At Tulane, he served variously as the Director of the Center for Archeology, Associate Chairman and Coordinator for Graduate Studies, and as Chairman of the Department of Anthropology from 1982 – 1987. In 1988, he joined the faculty of University of Southern Maine as Professor of Anthropology, becoming Dean of the College of Arts and Sciences and Provost and Vice President of Academic Affairs. Returning to New Orleans in 2001, he rejoined Tulane University as Associate Dean and Administrative Professor, and then Vice President for Sponsored Research. Following his retirement from Tulane in 2014, he joined RCG&A as a Senior Vice President.
A productive scholar as well as university administrator, Dave was the author of numerous articles spanning a wide range of interests from the Pre-contact archeology of the Gulf Coast South and the West Indies to early Spanish ecosystem management in the Spanish Antilles, human biogeography, and the calibration of West Indian archeological chronologies. In 1990, he and Dr. Goodwin co-authored the seminal article entitled “Island Carib Origins: Evidence and Non-Evidence” in American Antiquity (55:37-48). He also is the author of the volume entitled Perspectives on Gulf Coast Prehistory (1984) published by the University Press of Florida in the Ripley P. Bullen Monograph Series, and of Jolly Beach and the Preceramic Occupation of Antigua, West Indies (2010) published in the Yale University Publications in Anthropology series. A mentor to many students at Tulane, the University of Southern Maine and Brandeis, and to the young professional staff of RCG&A, Dave shared his abiding enthusiasm for anthropology and archaeology and his passion for scientific rigor in the Study of Man. On the evening before his death, Dave taught his last class for Tulane on the anthropology of historic New Orleans. He told his wife Sallie that it was one of the best classes he ever gave. He also was teaching two online classes for the University of Southern Maine. A teacher, a treasured friend and colleague of profound intellect, he will be sorely missed. Rest in Peace, Dave.

R. Christopher Goodwin, PhD. – President & CEO, Director of Research, Chairman of the Board 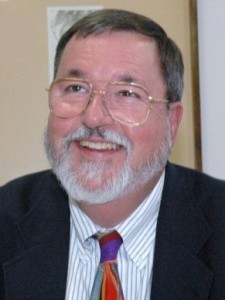 Dr. R. Christopher Goodwin is President and Director of Research of R. Christopher Goodwin & Associates, Inc. A graduate of Tulane University (B.A. Honors 1971), Florida State University (M.S. 1974), and Arizona State University (PhD. 1979), he served as a Research Associate at Yale Peabody Museum and as a Research Fellow at the United States Museum of Natural History, Smithsonian Institution. Dr. Goodwin is recognized as one of the nation’s leading experts in cultural resource management. He has been a contractor to the U.S. Army Corps of Engineers (New Orleans, Baltimore, Fort Worth, Memphis, Nashville, Pittsburgh, Savannah, St. Louis, Tulsa and Vicksburg Districts), to the Naval Facilities Engineering Command, and to the Department of Defense on projects at over 200 military installations. During the past 38 years, he also has served as Principal Investigator for major cultural resource investigations conducted by his firm for numerous energy projects, ranging from Strategic Petroleum Reserve facilities to the longest offshore pipeline ever built across the Gulf of Mexico, to the longest interstate natural gas pipelines built east of the Mississippi River in over 50 years. He has published scholarly articles in journals including American Antiquity, American Anthropologist, American Scientist, and Florida Anthropologist, as well as monographs and many hundreds of technical reports. He is a recipient of the National Trust for Historic Preservation’s National Preservation Honor Award, of the United States Small Business Administration’s Administrators Award of Excellence “in recognition of outstanding service to the nation,” and of Louisiana’s Professional Archaeologist of the Year (2014). Dr. Goodwin was designated a Liberal Arts and Sciences Leader by Arizona State University. 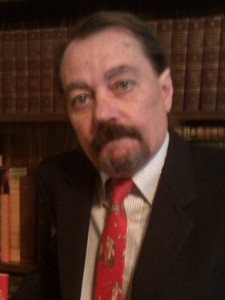 Mr. Richard T. Beddingfield was a Co-Founder of R. Christopher Goodwin & Associates, Inc. in 1981, and he has served on the Board of Directors since the Corporation’s founding. Born in New York City in 1950, Mr. Beddingfield received his secondary education in the United Kingdom where his father was an executive with British Petroleum. After graduating from the well regarded American School in London, he attended Tulane University in New Orleans receiving the baccalaureate in 1972. Mr. Beddingfield then accepted a position with the United States Social Security Administration specializing in disability policy. He retired in July 2009 as Senior Policy Analyst after 32 years of public service. Mr. Beddingfield has received numerous awards and commendations for his role in the formulation and delivery of disability policy throughout the nation. 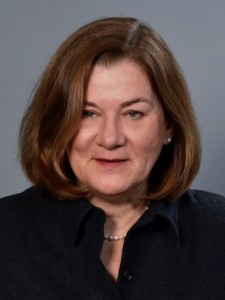 Kathryn M. Kuranda, M. Arch. Hist., is Senior Vice-President, Architectural & Historical Services, at R. Christopher Goodwin & Associates, Inc. She received the B.A. in American Studies from Dickinson College and the Master of Architectural History degree from the University of Virginia, where she was a Thomas Jefferson Fellow. For 30 years, Ms. Kuranda has directed hundreds of cultural resources projects across the nation for RCG&A, ranging from local historic district applications to nationwide contexts. Her noteworthy projects include Oriole Park at Camden Yards, the Baltimore Ravens M&T Stadium, and revisions to the Washington D.C. Aqueduct System, a National Historic Landmark. She directed the development of the nationwide historic contexts for the evaluation of Department of Defense resources including DoD installations constructed between 1790 and 1940, the Navy Guided Missile Program, World War II Permanent Military Construction, Army Fixed Wing Air Fields, and Army Housing Constructed under the Capehart, Wherry, and MCA Programs during the Cold War Era. She also has directed work at over 140 military installations from Alaska to Florida, and from Maine to California, as well as in Iceland and Puerto Rico. 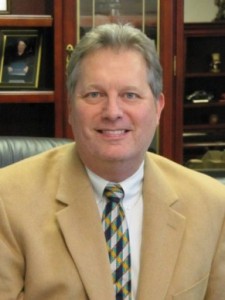 Mr. William P. Athens received the baccalaureate from the University of Tennessee in 1979, and the Master of Arts from Florida State University in 1983. He also completed all course work for the Ph.D. at the University of Pittsburgh. A Senior Vice President at R. Christopher Goodwin & Associates, Inc., Mr. Athens has served as Principal Investigator for RCG&A for 30 years, directing many hundreds of cultural resources surveys, testing and evaluation projects, and complex mitigation/data recovery excavations. He has directed projects for the National Park Service; the U.S. Army Corps of Engineers, New Orleans, Vicksburg and Jacksonville Districts; the U.S. Department of Agriculture; the U.S. Fish & Wildlife Service; the U.S. Forest Service; the U.S. Postal Service; the Federal Emergency Management Agency; and the U.S. Department of Health & Human Services. He is a member of the Steering Committee of the Southern Gas Association’s Environmental Permitting and Construction Technical Conference. He was awarded Eagle Scout in 1974, and he has been a student and colleague of Dr. Goodwin’s since 1975.